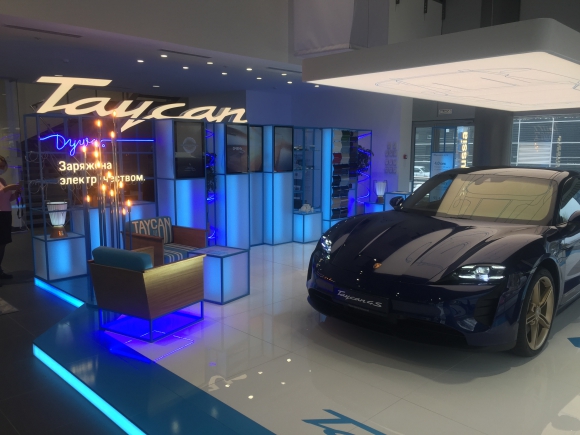 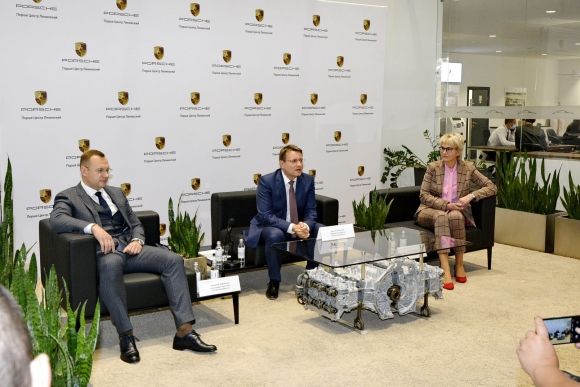 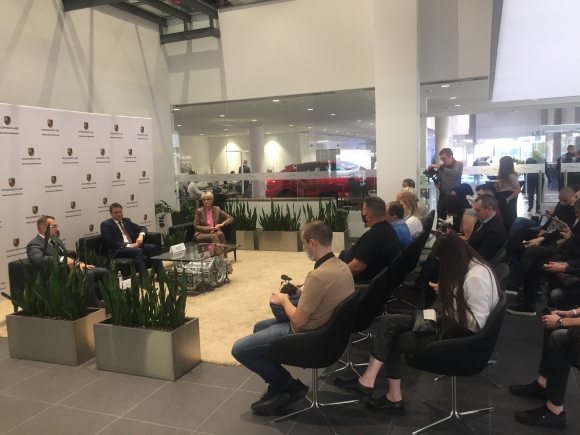 On 8 October, the press conference dedicated to the opening of the new Porsche Center Leninsky, which is part of the GC AutoSpecCentr, was held. The Communications Agency Poleznye Svyazy provided information support for this event. More than 20 media representatives attended the opening the Porsche Center Leninsky to discuss the current state of the car market, sales features of premium brands and test legendary sports cars of the German brand. All brand models, including the 718 and 911 sports cars, the Porsche Panamera sports sedan, the popular Macan and Cayenne SUVs represent in the new 970-m2 Porsche dealership. During a tour of the new dealership, the media acquainted with the work of the service area, the spare parts warehouse and the Approved area, where used Porsche models present, tested against 111 points of Porsche AG standards. The new electric sport car Porsche Taycan has received special media attention and amazed everyone with itself design. According to Denis Petrunin General Director of the GC AutoSpecCentr the stable growth of Porsche sales in Russia has been taking place for several years, and the level of sales would have been higher than the current one if stocks in dealer warehouses is not limited.